The Paris Opéra dates back to the reign of Louis XIV and the founding in 1669 of the Académie d'Opéra. The King granted to the poet Pierre Perrin the privilege to present operatic productions, which combined an Italianate style of music with French verse. French opera was formally introduced in 1671 in the Salle du Jeu de Paume de la Bouteille, on the rue Mazarine, with the pastoral Pomone, composed by Robert Cambert and libretto by Perrin. Pierre Beauchamp, ballet master and choreographer of the court ballets, organized the dances.

The Académie d'Opéra was renamed, a year later, the Académie Royale de Musique under the directorship of the Italian-born composer Jean-Baptiste Lully, who had been granted a new patent from the King. Lully with driving force transformed court divertissements into professional theatre. The nascent Paris Opéra was moved to the Jeu de Paume de Bel-Air, on the rue de Vaugirard, and opened in November 1672 with Lully's Les Fêtes de l'Amour et de Bacchus.[1]

Louis XIV (1638-1715), a patron of the dance as well as an accomplished dancer from his youth, acquired his epithet "le Roi Soleil" ("the Sun King'') from his role as the personification of the Sun in the Ballet de la Nuit, a lavish court entertainment given in 1653. The cultured monarch founded in 1661 the Académie Royale de Danse, and in the closing years of his reign he established, in 1713, a school of dance which continues today as the Paris Opéra Ecole de Danse, the oldest school of its kind.

Through the seventeenth, eighteenth, and nineteenth centuries, the Paris Opéra occupied a succession of buildings, including the Première Salle du Palais Royale, from 1673; Salle des Machines du Palais des Tuileries, from 1764; Deuxième Salle du Palais Royale, inaugurated in 1770; Salle de la Porte Saint-Martin, from 1781; Théâtre des Arts, from 1791; and the Salle Le Peletier, constructed from 1820-21 on rue Le Peletier. The Salle Le Peletier was destroyed by fire in 1873.[2] 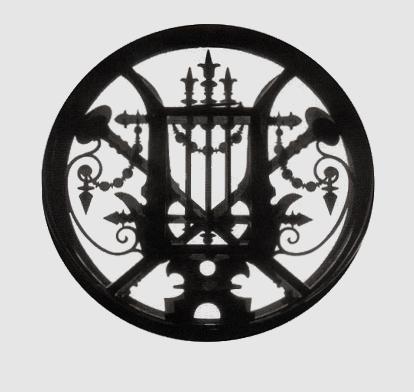 More content to this page will be added at a later time.
Please return again.

© Stanley Roseman and Ronald Davis - All Rights Reserved
Visual imagery and website content may not be reproduced in any form whatsoever.

The Paris Opéra received its world-renowned edifice owing to Napoleon III, who commissioned the building of a majestic opera house at the top of the grand, new thoroughfare appropriately named Avenue de l'Opéra. The Emperor's extensive project for urban development, overseen by Baron Georges-Eugène Haussmann, Prefect of the Seine, transformed Paris into an impressive modern cityscape.

The architect Charles Garnier won the competition to design "Le Nouvel Opéra,'' the new Paris Opéra, which came to be also called the Palais Garnier (Garnier's Palace). Begun under the Second Empire in 1862, construction of the opera house was interrupted in 1870 by the Franco-Prussian War. The new Paris Opéra, Palais Garnier, was completed under the Third Republic and inaugurated on January 5, 1875.

Garnier's architectural principles are imbued with Renaissance ideals. Garnier also had "general interest in all kinds of technological progress,'' such as "balancing the ancient craft of stonecutting against iron's modern industrialization of architecture.''[3] Among round arches and soaring Corinthian columns, busts and medallions of celebrated composers adorn the stately façade of dressed stone. The four thematic façade groups at the entrance to the opera house include Harmony by Jouffroy; Instrumental Music by Guillaume; Lyric Drama by Perraud; and The Dance, the celebrated sculpture by Carpeaux.

The façade attic groups with winged goddesses by Guméry are entitled Harmony and Poetry. Each flytower corner group by Lequesne features Pegasus rearing above the great, copper-plated dome. At the stage flytower apex stands Aimé Millet's monumental group Apollo Crowning Dance and Poetry. The youthful god, crowned with a laurel wreath, holds aloft a golden lyre, an attribute of Apollo and a decorative leitmotif throughout the splendid Palais Garnier.*

3. The Rotunda of the Bibliothèque Nationale de France - Bibliothèque-Musée de l'Opéra
featuring a spectacular display of Roseman's drawings from the Paris Opéra Ballet's
acclaimed presentations of the original productions of the Ballets Russes:
Petrouchka, L'Après-midi d'un faune, and The Rite of Spring.

*This concise history of the Paris Opéra and the Palais Garnier
is provided for the website by Stanley Roseman.

The Bibliothèque Nationale de France presented in 1996 the art exhibition Stanley Roseman - Dessins sur la Danse à l'Opéra de Paris. The exhibition was presented on the occasion of the gala reopening of the Paris Opéra, Palais Garnier, in March 1996 following more than a year and a half of renovation and refurbishing of the opera house. The exhibition of Roseman's drawings culminated six years of the artist's drawing the dance at dress rehearsals and performances at the Paris Opéra. (See website page "Exhibition Bibliothèque Nationale de France.") 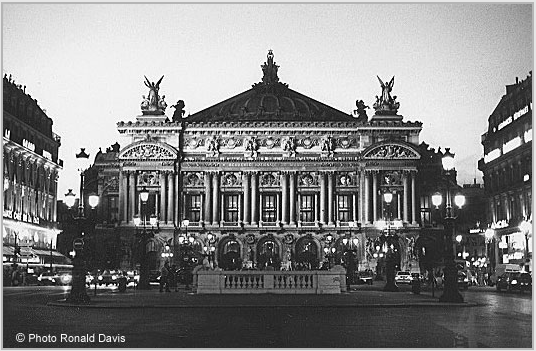 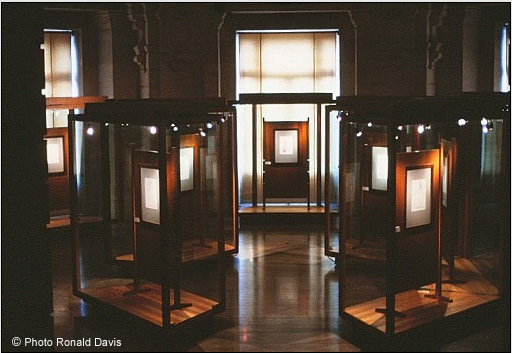